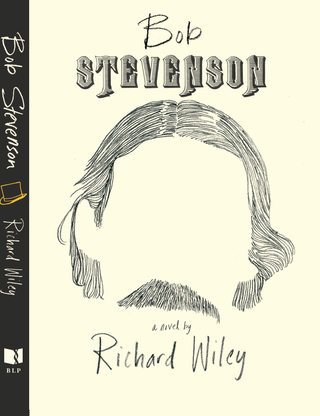 MedHum/DailyDose
Click the link to read a most thoughtful and erudite review by Burcu Alkan, a literary scholar and editor, who is based in Istanbul.

Literary Hub’s “Great Booksellers Fall Preview”
I love books that start out with someone making a colossal mistake. This starts with a great one—Dr. Ruby Okada unknowingly falls in love with man escaping from her psychiatric hospital. The beauty of this slim novel is the way in which the “how” and “why” is all tangled into a quirky puzzle with the “so, what happens next?” I had SO much fun de-tangling.
–Mary, Newtonville Books

Kirkus Review
This slight, sweet novel is haunted—in a good way—by the ghost of Robert Louis Stevenson.Wiley (The Book of Important Moments, 2013, etc.) sets the novel in a comfortable small-town version of Manhattan, where a few characters know each other intimately. Chief among them is psychiatrist Ruby Okada, who gets in trouble in the first three pages because she doesn't realize the charming man she meets as she's leaving the clinic where she works is one of the patients there. By the fourth page, it's seven months later and she's pregnant, resigning her job because of her slip-up, and taking up residence with her cat, Guido, in the spacious Greenwich Village home of Archie B. Billingsly, who's given the house to her while he prowls around New York alternately assuming the identities of Stevenson and a good many of the characters from his novels. Ruby, who is enamored of Bob Stevenson, is less taken by Long John Silver and the confusing Henry Hyde, who slips between the behaviors of Dr. Jekyll and Mr. Hyde. She's supported in her quest to bring Archie to some sort of stable state and give birth to his child by her father, an avant-garde artist from Tacoma; the British lawyer Billingsly has chosen because he shares a name with one of Stevenson's characters; her rambunctious former colleague Bette; and Billingsly's driver, Gerard. Gerard, who has Down syndrome, comes uncomfortably close to being a stereotypical wise fool: he's quick with an unintentionally astute solution for every problem. A number of back-story suicides darken the plot without detracting from its essential optimism. A romantic comedy with just enough of a philosophical edge.

Publishers Weekly
It is a truism that writers live on through their works, but Wiley’s (Soldiers in Hiding) clever latest considers the strange case of a classic author reanimated by other means. Ruby Okada is a psychiatrist swept off her feet by “Bob,” an enigmatic stranger spouting orotund phrases in a Scottish brogue. Their brief affair concludes when she finally discovers that her lover is really Archie Billingsly, a psychiatric patient prone to fugue states in which he convincingly takes on the identities of Robert Louis Stevenson and his most famous creation, Henry Hyde, among others. Mortified that she has “fallen so deeply in love with a lie and a ghost,” and pregnant with Bob/Archie’s child, Ruby delves into the curious case of a man as “sick and fractured” as Dr. Jekyll. Wiley skillfully balances the psychological explanations for Archie’s strange behavior with the more fanciful notion that he has been possessed by Stevenson’s spirit, one of those “metaphysical rovers” seeking out corporeal forms. It’s an elegant conceit around which to craft a tale about the ambiguities of character, but the novel slackens considerably in the second half. Moreover, the supporting characters don’t manage to bewitch the reader as completely as the great Scotsman does through Archie. (Oct.)