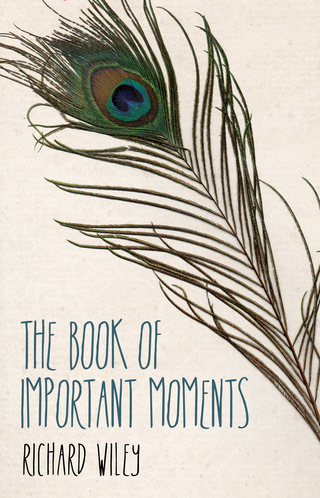 The Book of Important Moments

One of Richard Wiley’s haunted and haunting characters in his latest novel The Book of Important Moments contemplates a jigsaw puzzle of Africa toward the end of the narrative. Babatunde reflects on his new landlady’s eyes, describing them as “slightly rheumy, and one had a visible cataract in it, long and vertical and milky, like the map of Nigeria’s neighbor, called Dahomey, in his long lost Africa jigsaw puzzle. He had loved that puzzle more than anything.” Babatunde, himself, is not unlike a jagged puzzle, a man of many bewildering parts who only becomes fully visible by novel’s end. One can take the metaphor even further, too, and read Wiley’s novel as a jigsaw puzzle of discrete pieces that travels between Lagos, Nigeria and Tacoma, Washington and across more than three decades.

The Book of Important Moments reads at times like a crime thriller, a psychological mystery, and a dark, coming of age story. There are many crimes at the heart of his novel - the rape of a teenage girl, the sexual abuse of a young boy, the murder of an innocent woman, the accidental but violent deaths of a mother and her daughter, and the smaller betrayals of adultery and domestic lies. Though each incident seems independent of one another, Wiley creates surprising links between each of these harrowing moments as his novel builds to a suspenseful conclusion. I am hesitant to say more about the layered mysteries that slowly reveal themselves throughout the book at the risk of spoiling the reader’s suspense. What I will say, though, is that The Book of Important Moments kept me on my toes all the way through, as its disparate puzzle pieces started to fit themselves together.

The novel revolves around two central story lines. In one, we follow Babatunde, an albino Nigerian, whose path we follow from impoverished childhood to successful nightclub owner to ex-convict. Babatunde, a white African, is marked by paradox. Both black and white, good and evil, hero and villain, he is a man in conflict with his own selfhood. He also becomes a projection of other characters’ ideologies, hopes, regrets, and downfalls. His white, evangelical neighbor cannot decide if he is a product of the devil or an angelic martyr, and Wiley’s narrative casts him in both lights throughout the story. Even his speech is a muddled and captivating mix of eloquence and madness. Other characters often fear him, but can’t help but to do his bidding as if they are entranced by his singularity. His words cast spells over his friends and enemies alike, and it is his speech and point of view that seem to hold the greatest spell over Wiley as well. Babatunde’s interiority and addled logic are woven into convolutedly charming sentences: “So I’ll be quiet, no more foretold ruination, for who knows, those whom I have wronged may turn out to be a couple of turn-the-other-cheekers, who hold hands around the dinner table and pray. Do you think that people can be forgiving…or are we all at bottom accountants, working things out on life’s tally sheet?” Babatunde, charmer and villain, victim and predator, is the catalyst around which all of the interlocking events of the narrative revolve.

The other story line focuses on present-day Tacoma and Seattle where Lars Larsson’s mother has just been shot while parked at a gas station. Lars’s wife Rose is pregnant with their first child at the time of the shooting, and the sudden death of Cassie Larsson upends Lars’s life in many ways. For one, his wife reveals a closely guarded secret she has kept for many years. Lars also discovers a stack of unpublished short stories his mother had been writing, many of which reveal the affair between Cassie and her father-in-law, Lars’s grandfather. All the while, Lars must hunt and ultimately confront his mother’s killer. Though Babatunde and Lars’s stories couldn’t seem further removed from one another, Wiley smartly and intriguingly brings this large cast of characters together, their pasts and presents all colliding in unexpected ways.

Wiley has chosen an ambitious point of view through which to tell these disparate but linked storylines. With a flexible third person omniscience, Wiley brings us deep into Babatunde’s unreliable consciousness as well as Lars’s point of view as he grapples with old and new secrets and traumas unfolding in his life. Lars’s dead mother even gets her moments of subjectivity through the fragments of her short stories layered into the narrative. Wiley also momentarily illuminates more minor characters’ thoughts and impressions, like the comically named Mrs. Beaver or Rose’s aunt Grace, so the narrative becomes a kaleidoscope of perspectives that cast new and unexpected light on the overlapping events of the larger story. (I do wish, though, that Rose had been given a bit more voice and point of view attention in the novel since Wiley is so adept at moving in and out of character consciousness. And because, she, like Babatunde is a character around which many of the events unfold.)

Richard Wiley is the author of several novels including Soldiers in Hiding, a winner of the Pen/Faulkner award. His latest book is an ambitious one that allows its readers to travel from rural Nigeria to present day Tacoma and is filled with complicated characters whose morality, motives, and identity are constantly in flux. It is a testament to his generosity as a writer that he challenges us to look deep beneath the surface to uncover truths that, like his characters, are never fixed and never without surprises.

Joanna Luloff received her MFA in fiction from Emerson College and her PhD in literature and creative writing from the University of Missouri. Prior to all of those years of graduate school, she served as a Peace Corps TEFL volunteer in Sri Lanka. Her first collection of stories, The Beach at Galle Road, was published by Algonquin Books in October, 2012 and was a Barnes and Noble Discover Great New Writers selection and the winner of the Maria Thomas Award in Fiction. Her novel Remind Me Again What Happened is forthcoming from Algonquin Books. She is currently an assistant professor at SUNY Potsdam.>